You are here: Home / Find Bothell Homes without wasting your time.

This Bothell homes search shows active listings only. It is updated every 30 minutes. Click on the marker to see basic property information and on “Details” for more. See my current Bothell condo listing.

A Private Lodge to Call your Own. A complete renovation propelled this Bothell Westhill home to the next level of luxury. Thanks to the addition of a master suite and the expansion of the kitchen and living room, the home measures now 4,185 square feet. The 1,080 square foot accessory dwelling unit (ADU) is ideal for working from home.

Bothell Homes are located in two counties, King county, and Snohomish county. Compared to Kirkland and Bellevue, Bothell homes are on the average more affordable.

From Logging Camp to Diverse City
Named after David C. Bothell, who platted the first acreage to begin a logging operation in 1889, the City of Bothell was incorporated in 1909. Cedar was imported to Bothell along a 7-mile flume via the Sammamish River, originally called Squak Slough. The river route was the only way for lumber and produce to reach the cities of Bothell, Woodinville, Redmond, and Issaquah.

Recreation and Community Life
The former hub of the Bothell shipping area is now known as Bothell Landing, home to a restful city park along the Sammamish River. Along the river, a few Bothell homes with boat slips have direct access to Lake Washington and the Puget Sound. Central to the park is an outdoor arena used for local entertainment, as well the Sammamish River Trail, a popular 10-mile walking and biking route connecting to the Burke-Gilman Trail.  With a diverse population of more than 30,000, the City of Bothell sponsors numerous community events to offer a small-town feel, such as the annual Fourth of July Parade, or the summer outdoor concert series at Bothell Landing. After opening in October 2015, one of Bothell's greatest destinations is the hotel, restaurants and other attractions that belong to the McMenamins Anderson School.

Commuting from Bothell homes? Bothell’s location is central to the Seattle area cities, situated beside Interstate 405 toward the Eastside and the Microsoft campus, and in proximity to Interstate 5 to Seattle.  The Bothell-Everett Highway is home to charming Country Village, with over 40 shops and restaurants, or further north visit Mill Creek Town Center, an upscale outdoor mall.  In Lynnwood nearby is Alderwood Mall, featuring a dazzling array of chic shops and restaurants. 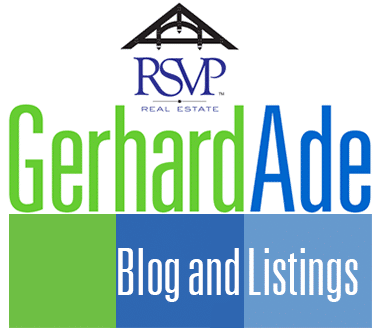 Do Your Own Search!